Every year, Social Security beneficiaries receive a cost-of-living adjustment, or COLA, which usually bumps up their payments by a percentage point or two. For 2022, though, beneficiaries could be in for a much bigger than usual COLA: in 2021, the COLA was 1.3%, but for 2022, the COLA is expected to jump 5.3% – the largest jump in over a decade, when it hit 5.8% in 2009! The COLA can affect Medicare Part B premiums; such a large increase could mean that Medicare Part B premiums will also rise, resulting in more beneficiaries looking to purchase a Medicare Supplement Plan to help keep their medical expenses in check. 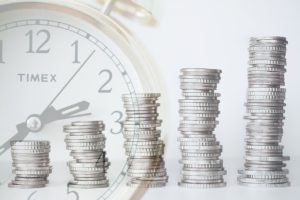 The COLA is an annual increase in the amount of money Social Security beneficiaries receive; it is based on the increase in cost-of-living, calculated from the Consumer Price Index for Urban Wage Earners and Clerical Workers, or CIP-W, which is set by the U.S. Bureau of Labor and Statistics. The COLA is never a negative number, because benefits are not reduced even if the cost of living decreases.

Why Such A Large Increase?

In 2021, Social Security beneficiaries received a 1.3% increase to their monthly checks, which was about $20 per month for most. But for 2022, the COLA is expected to rise more dramatically because of the Covid-19 pandemic, which has driven up prices for necessities like groceries and gas, and therefore has increased the cost of living.

Whenever there is a rise in the COLA, there is almost always a rise in Medicare Part B premium prices, as well. The huge jump in the COLA next year could actually end up being problematic for some Medicare beneficiaries, because an increase in Part B premiums could cancel out any increase in their Social Security benefits. According to Mary Johnson of The Senior Citizens League (TSCL), “Medicare premiums are increasing three to four times faster than the annual [COLA].”

The good news, though, for the majority (roughly 70%) of Medicare beneficiaries is that there is a “hold harmless” clause in Medicare, which says that no increase in Part B premiums can reduce a Social Security recipient’s monthly check below what it was in the previous year. And because next year’s COLA is anticipated to be so large, and inflation is projected to go down, seniors with the “hold harmless” clause will actually have more money in their wallet, giving them more purchasing power when it comes to Medicare Supplement Plans.

The final COLA number will be announced this October, after more data is gathered. As an agent, it is important to know this number so you can better be prepared to help Medicare beneficiaries find a plan that will make the most of their benefits, as well as offset increased Medicare prices.